This article originally appeared in RVA Magazine on 7/27/17. Archives can be found here, here and here.

This year marks around the 100th anniversary of Prohibition, also known as the Temperance Movement. Prohibition was an early 1900s social movement against alcohol and the Library of Virginia (LVA) is hosting a new exhibit called, Teetotalers & Moonshiners: Prohibition in Virginia, Distilled on the events surrounding this very sober timeframe in Virginia’s history.

For this exhibit, the LVA worked closely with Virginia Alcoholic Beverage Control (ABC), which holds all the state records from the Virginia Prohibition Commission – going back to 1916. Other partners include the Virginia Distiller’s Association and local breweries like Three Notch’d Brewing Company.

Dr. Gregg Kimball, the Director of Public Services and Outreach who has been working at the LVA for over 20 years highlighted the parallels between the war on drugs and the prohibition movement.

“It makes sense to go back and look at Prohibition and see what it tells us about [how] effective the government is at controlling things like this,” said Kimball. “With all of our shows, there’s a usually some kind of public policy issue or current concern that we try to address.”

There are several notable Virginia influences on Prohibition like the bootleggers in Franklin County, “reputed to be the moonshine capital of the world,” according to Kimball. The 2012 movie Lawless featuring Tom Hardy and Shia Labeouf portrays the true story of the Bondurant brothers, Franklin County bootleggers caught-up in a prohibition era murder case.

Part of the movie’s plot centered around their cars and how they were modified by the moonshiners. This aspect of the business gave rise to a very important piece of American popular culture. Featured in the exhibit is a document that lists the legal cases in which the bootleggers’ cars were seized by the authorities.

“So, you see on those lists these really high-end cars,” said Kimball.

The reason for the modification of the cars was so the bootleggers could out run ‘revenuers’ or the law enforcement officers sent to catch them. Some of these outlaws went on to become the very first NASCAR drivers when they started to race these cars professionally. One of these drivers was Wendell Scott the first African American driver from Danville, Virginia.

More recent artifacts include a jug of moonshine that was confiscated by the ABC in 2011 and is still sealed with the original evidence tape. This jug of moonshine is one of many such items which harkens back to an age of outlaws like the Bondurant brothers. Yet after a set time period, state agencies like the ABC either dispose of such objects or send them to the LVA.

The LVA also used some of its own items in this exhibit. Kimball pointed out a map of the commonwealth from 1909 showing the “wet” and “dry” regions. These maps showed which areas had refused or accepted Prohibition legislation. 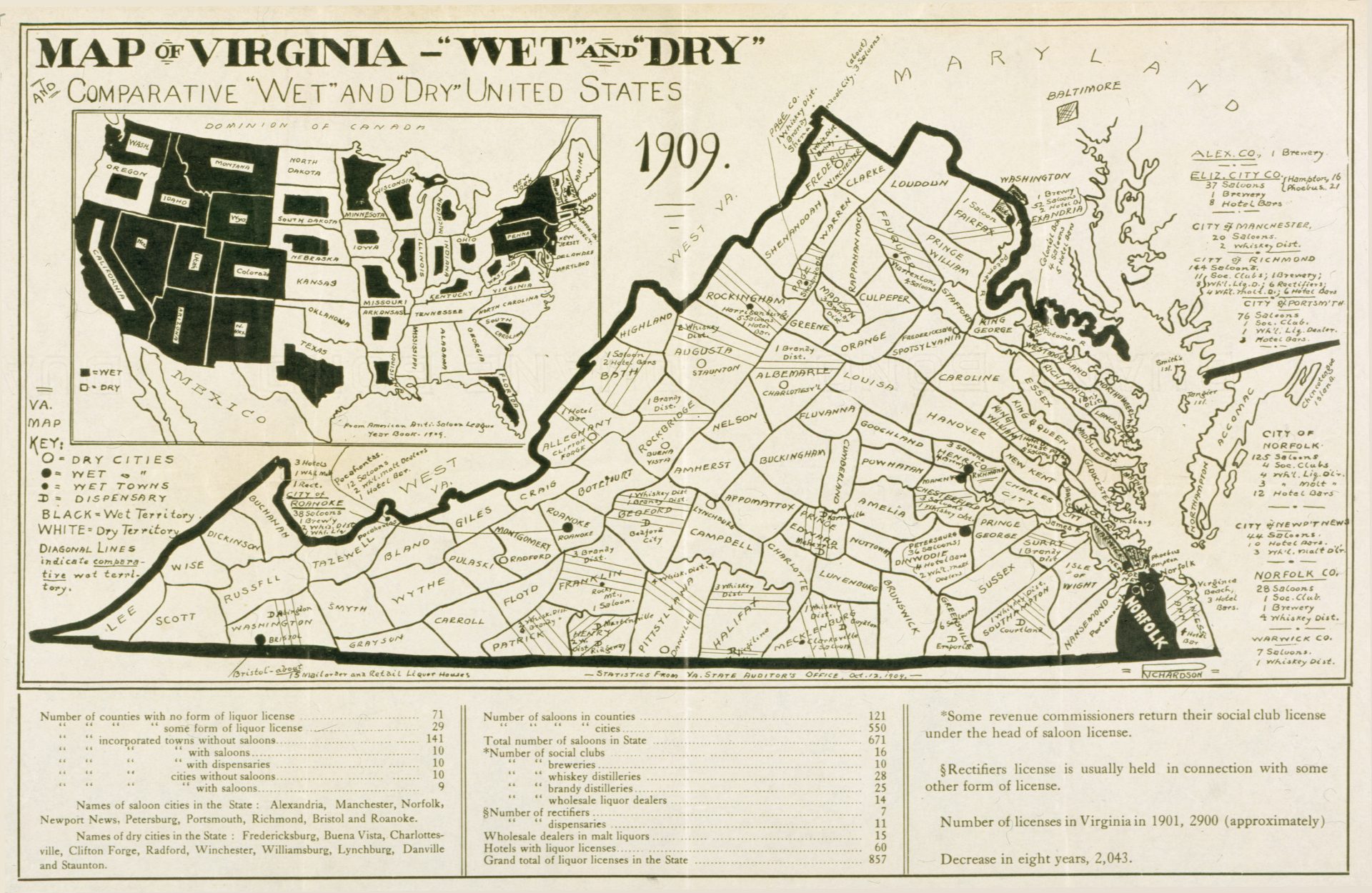 “In the late 19th century, they came up with this thing called ‘local option,’” explained Kimball. Local option allowed regions to choose if they wanted to accept Prohibition or not, yet by 1909 most of the state was dry because of this. Kimball did note however that many of the early distillers in Virginia came from Germany and were ignorant of Prohibition laws.

“A lot of these records…are from just regular people,” said Kimball. He recalled a letter in the archives from a rabbi who was new to the area and unaware that he needed a permit for his sacramental wine. Kimball said this reflects how the lower class were often the ones ensnared in legal trouble from Prohibition. 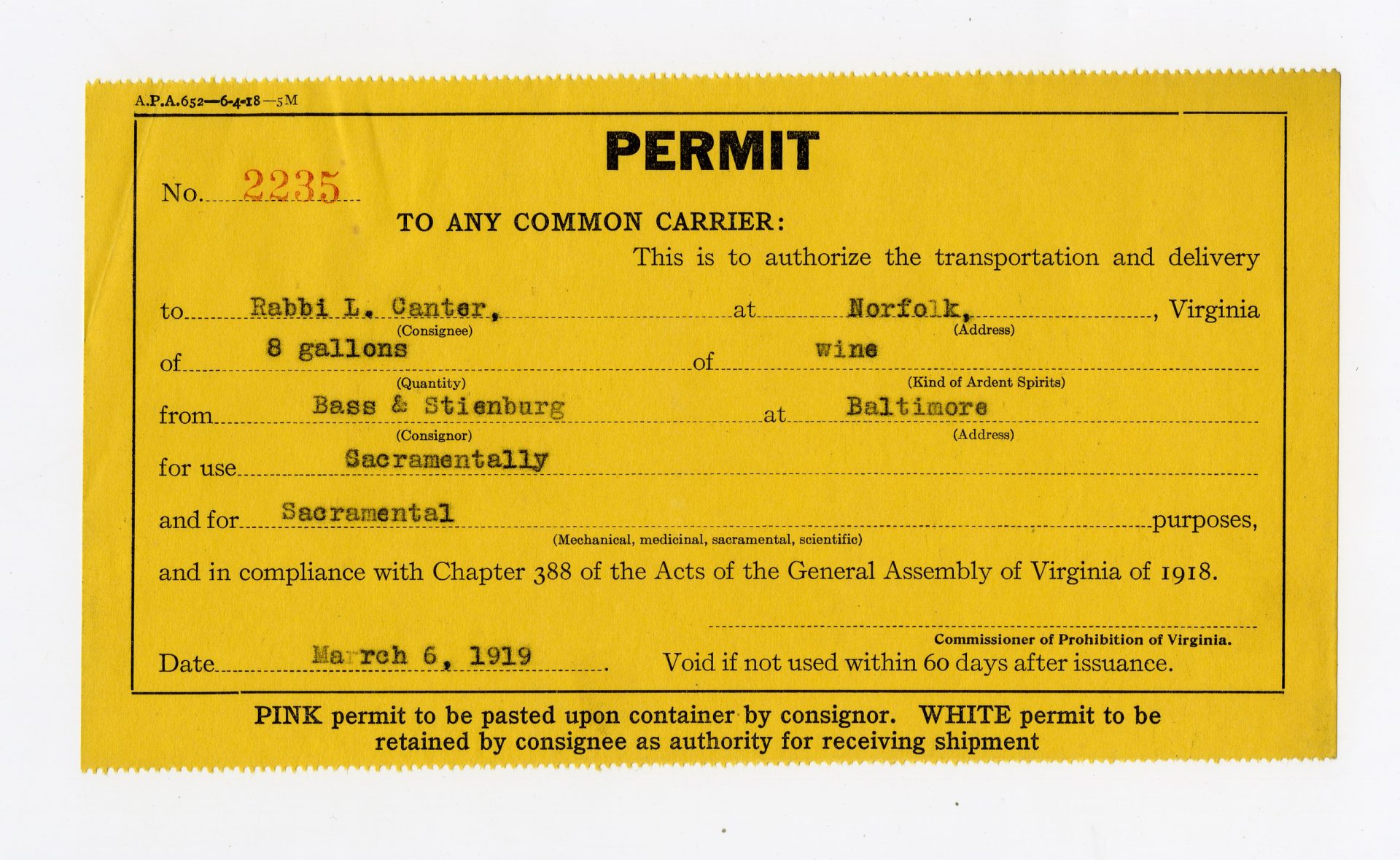 Another of the LVA’s exhibitions on Prohibition was titled: Liquor Lore: Enforcement Stories from the Virginia ABC. Sharing a stage with Kimball from the LVA was current ABC special agent Brian Edwards and retired special agent Kyle Blanks, both were invited to discuss their stories of investigating crimes related to alcohol.

The highlight of his presentation was an overview of ‘Operation Lightening Strike,’ which targeted a distillery in Rocky Mount, Virginia. The raid included a joint operation by the IRS, ABC, Bureau of Alcohol Tobacco and Firearms, along with North Carolina law enforcement. At peak output this distillery was generating around 86,000 gallons of moonshine per week. 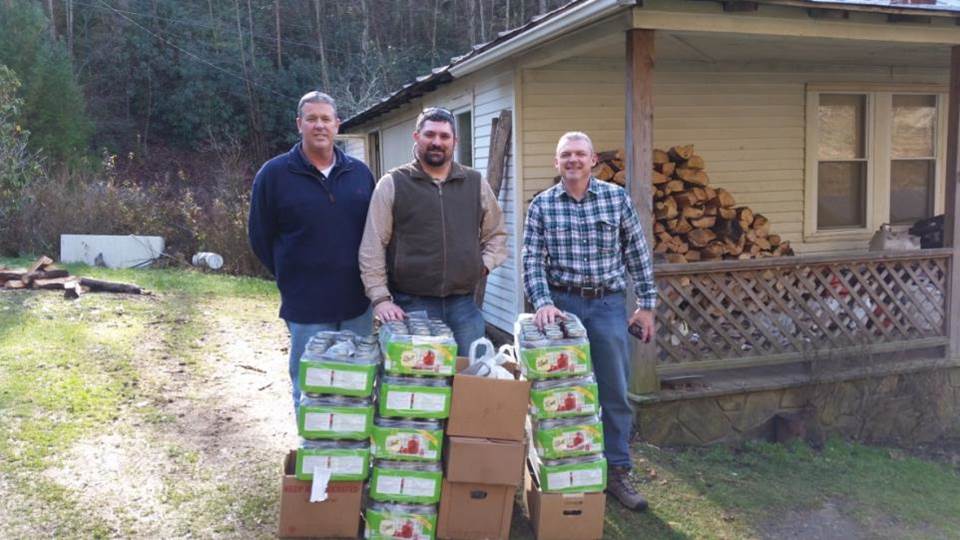 “Some people think of moonshiners as just barefooted guys making moonshine,” said Edwards. “The people that operated these stills were professionals at their trade, they were experts in counter-surveillance.” According to Edwards, even the slightest disturbance in the placement of garbage would alert the moonshiners to law enforcement presence.

Operations Lightning Strike took two years to resolve, and the distillery is estimated to have made around 1.2 million gallons over the course of eight years.

Teetotalers & Moonshiners: Prohibition in Virginia, Distilled is available for free admission to the public at the Library of Virginia. The exhibit will feature video, photographic and document archives from the Prohibition era until it closes on December 5.

Main image from Library of Congress